Day1:- Delhi- On your arrival at the international airport you will be received by our representative who is going to escort you to the pre-booked hotel in Delhi overnight at the hotel.

Day2:- Delhi- Mathura- Agra- This morning after breakfast proceed to Agra enrooted visiting Mathura and Vindravan which are holy twin cities and visit famous temples such as Krishna Janmbhoomi, Iscon Temple and Prem Mandir. On you arrival in Agra. We are going to assist you at the hotel. Afterwards visit Agra Fort which was once the capital of mughal empire and dwelling place of the rulers. Overnight at the hotel.

Day3:-Agra- Early morning visit of the Taj Mahal, an epitome of love in the white marble. You can get the best pictures at this time. After the visit return back to the hotel. After breakfast the visit of the Baby Taj another beautiful white marble structure. This is considered to be the precursor of the Taj Mahal. Later visit Sikandra The tomb of Akbar. In the evening you can visit a marble factory and can see how the beautiful inlaid work at the Taj was done. In the evening at the hotel.

Day4:- Agra – Gwalior- After healthy breakfast we set off on a drive for approx 3 hours to reach from Agra to Gwalior tour,  After checking in at the hotel we set off to visit Gwalior Fort perched on top of a hill called as Gopachal,This huge fort was built in 8th century CE by a Hindu King Rajah Maan Singh Tomar,Here you can see the similarity between the fort at Agra and Gwalior,You can also visit a Sikh temple built in memory of sixth Sikh Guru Hargobind ji,After the sight seeing of Gwalior Fort we take you for lunch.After lunch we will visit a living royal palace inhabited by the royal clan of Scindias,This huge palace was constructed in 1874 by Jivajirao scindia,This huge palace has some 400 rooms some 30 rooms have been transformed into a museum and you will be amazed to see the worlds largest chandelier weighing some 3 tonnes each,The huge Durbar hall has perhaps worlds largest carpet with approximately 350 kgs of gold used in the decoration of walls,A small toy train used to serve the royal guest on a huge dining table,If you love crystal then this Palace will entice you.Overnight at the hotel in Gwalior.

Day5:- Gwalior – Jhansi, Orchha – After breakfast you are going to drive to Jhansi which lies in the region of Bundelkhand. This city is on the bank of Betwa river and is 100kms far from Gwalior. This town was the Capital of Maratha province in the 18th century and later became a part of british empire. First you are going to visit Jhashi Fort which was built Raja Bir Singh in 17th century. Worth visit things inside are Karak Bijli Tank and a museum which has a varied collection of sculpture. You can also visit the Government Museum which has a collection of weapons, dresses and statues. This museum remains closed at Monday. The Rani Mahal is a magnificent place of Rani Laxami Bai and now been converted into a museum besides Jhashi also has same beautiful churches i’e shrive of St. Jude church, St. Anthony’s Cathedral. After ssweet memories of Jhashi city your drive for 25kms to orchha Town which is again located on the bank of Betwa river and the surroundings are severe. After check in and relax. Evening Aarti at Ramraja Temple. Overnight in Orchha.

Day 6:- Orchha - Lucknow – In the morning after breakfast Orchha place visit awaits you. This place houses Jahangeevi Place. After the visit and checkout drive to Lucknow for 320kms. Lucknow is the capital city of the state of Uttar Pradesh. This city was the artistic hub of Nawab era. Thgis city was the capital of Awadh. This city along with Agra and Varanashi is the major centre of tourism in Uttar Pradesh.

Day7:- Lucknow – Most of the monuments in Lucknow are built during British and Mughal rule and they carry different architectural features. The visit of lucknow includes. Bara Imambara – Which was built by Nawab Asaf-Ud-Daula in 1784. This was Built to provide help to the famine affected people. This huge edifice has the largest hall in Asia without any external support. Rumi Darwaza- Which is nearly 18ms tall was also built by Nawab Asaf-Ud-Daula and it served as the entrance to the beautiful city of lucknow it is also known as the Turkish Gateway. The Chattar Manzil built in umbrella cut pattern is a beautiful place and it served as a place for the rulers of Awadh and their wives. Dilkusha Kothi is the remains of a place built by the british resident Major gore ouseley.Overnight stay in the hotel

Day 8:-Lucknow – Allahabad- After breakfast proceed to Allahabad in a privete luxury car and check into the hotel. Allahabad is in of the most favored tourist spots in India. Since times immemojrial this religion city has attracted millions of religious devout throughout the country and many from overseas who came in the guest of religion and culture your tour includes the visit of sangam which is actually the confluence of three holy rivers Ganga, Yamuna and saraswati (Which is extinct now). Every twelve years later millions of tourist gather here on the eve of Kumbha Festival to take a holy bath. Allahabad Fort:- Built by the emperor Akbar in 1583 is a five specimen of Art. You can visit Jodhabai Palaces Ashokan Pillar and Saraswati kup. Other worth seeing building are the Anand Bhawan Khusram Bagh and Allahabad museum. The Anand Bhawan is the ancestral house of Nehru family and precently is a five museum. Overnight in the hotel.

Day8:- Allahabad – Varanasi- After breakfast drive to Varanashi in a private car rental service in India and transfer to the designated hotel. Afternoon proceed to a half day temple tour of the city. Temples includes Durga Mandir, Tulsi manas Temple, Sankat Mochan Temple and New Vishwanath Temple. You can visit Dasaswaminath Ghat. Overnight at the hotel.

Day10:- Varanashi – Delhi- After breakfast proceed to the airport of varanshi to catch a flight bound to Delhi. On arrival in Delhi you will be picked by us and transfered to the hotel. This is the culmination of The Awadh and Varanasi Tour Package. You can enjoy a half day city tour of Delhi. 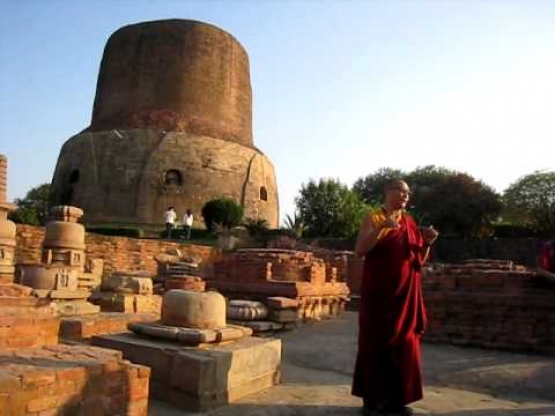 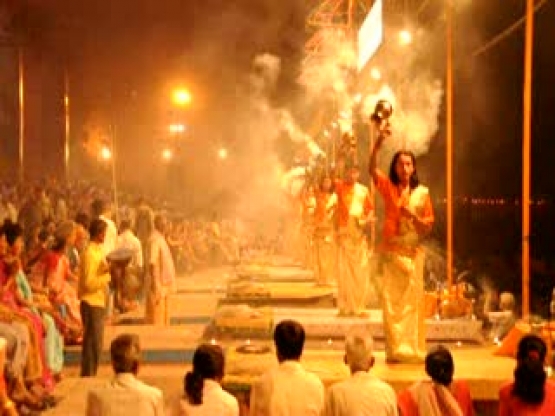 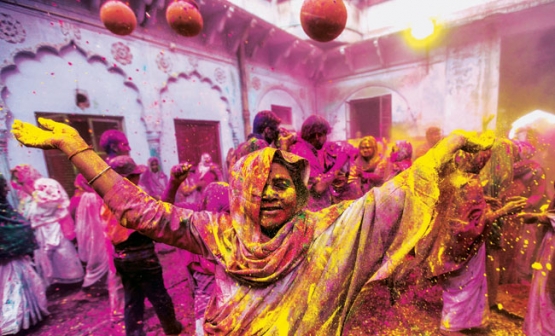 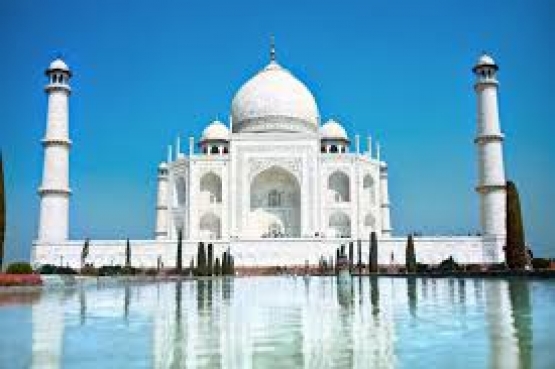 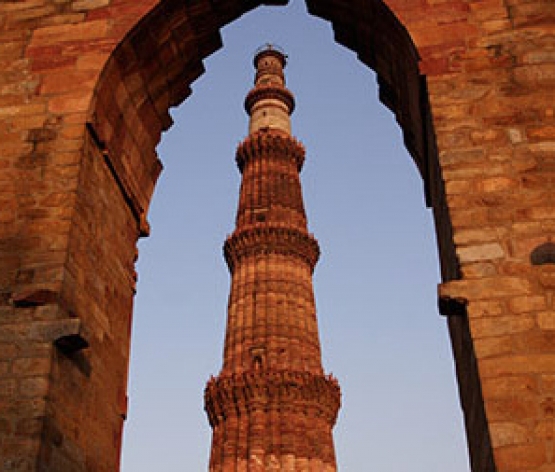 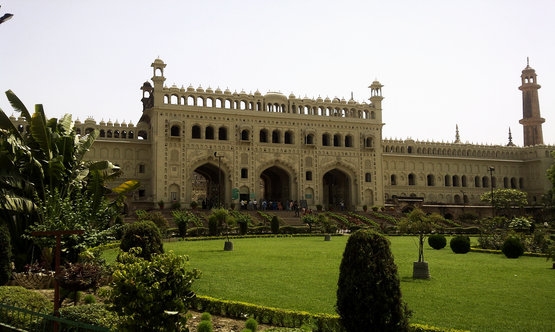 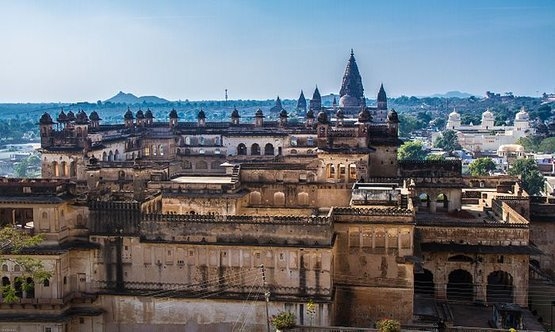 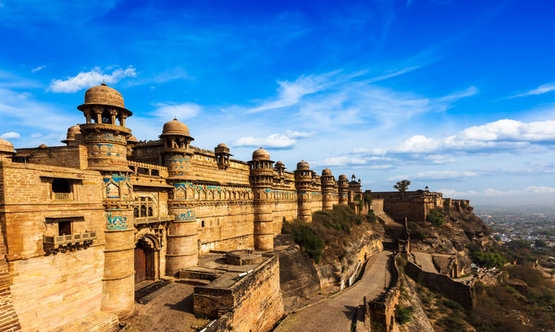